Scott is a custom website developer Fluent in CSS, HTML and Wordpress as well as an avid musician. Researching, purchasing, and reviewing a wide variety of products is his passion that led to the creation of askscottfirst.com. 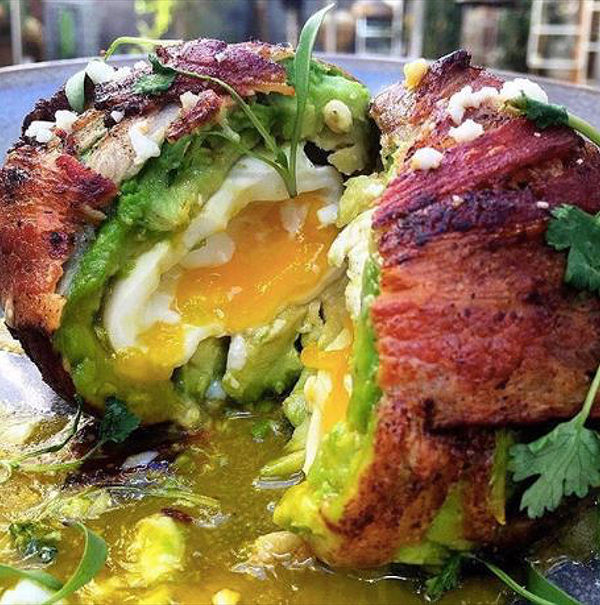 On my Facebook stream I saw a new food item I have to try, Bacon-Wrapped, Stuffed Avocados. Is that statement even real haha. There is a video below of after it’s been cooked.

The link is step by step pictures on the process. Recipe Recreation →

Got a new book today. 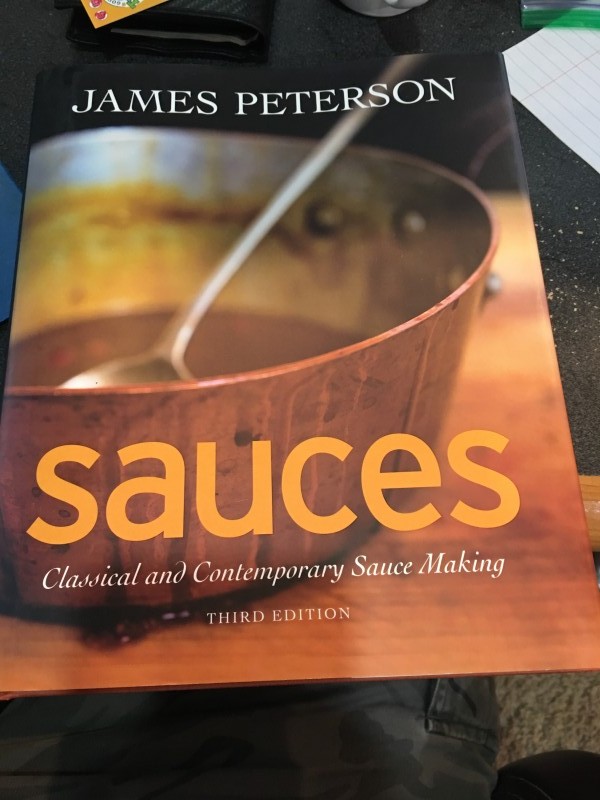 I look forward to trying out some new sauces to up my cooking game.

I want to start experimenting with the french mother sauces.

Fasting! Why it’s good for you. 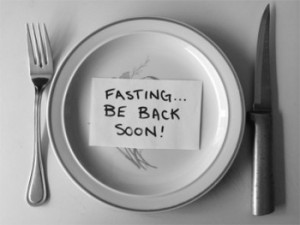 I read and watched a video on fasting food today, about how regular fasting during the month lowers your chances for alzheimers and other cognitive degenerative diseases. Fasting has the same affect on your brain as a healthy exercise routine and has even been proven to help children with epilepsy.

Whether you agree with what is said or not I think its worth 15 minutes of your time.

Opening Up Trade with Cuba

So I found an old paper I wrote in college about Cuba and the Embargo. If you have any interest at all in information regarding the embargo and why it isn’t legal to purchase Cuban cigars “Quite Yet.”

As of September 2015, Obama has been in speaks with Raul Castro to lift the trade embargo: http://www.nbcnews.com/news/us-news/u-s-cuba-thaw-relations-obama-castro-meet-u-n-n435621

BASIC HISTORY OF THE EMBARGO: 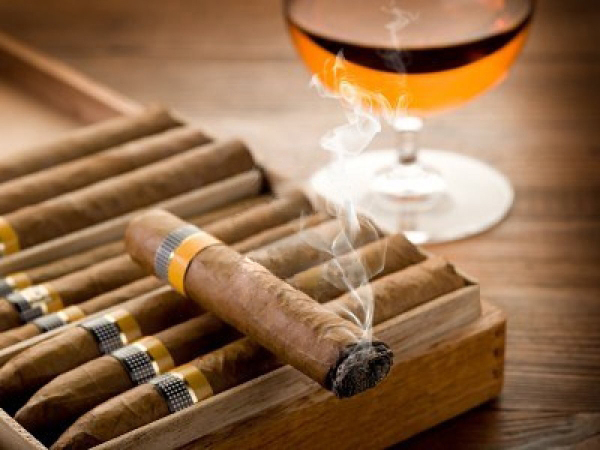 The Cuban embargo began with the overthrowing of the Batista regime and democratic government in Cuba by Fidel Castro. Castro with his fellow activist Che Guevara, led a military coup against the Batista regime in 1959 overthrowing the reign of Fulgencio Batista. Fidel Castro declared Cuba a socialist country in 1961 and ruled the communist country until 2008. The United States government declared a trade embargo against Cuba in 1960 and presently is still not trading with Cuba.

I believe that trade with Cuba should be re-opened and the trade embargo should be lifted to allow trade to occur once again between Cuba and the United States of America. The United States and Cuba have both been hurt by this embargo over the last fifty years. Cuba has lost a large percentage of its trade capital with the stopping of exports of sugar cane, nickel, and tobacco to the United States. Sugar cane has been the largest form of trade loss for Cuba, but other items exported from Cuba include coffee, seafood such as fish, mollusks, and crustaceans, citrus fruits, nickel, and tobacco. The United States has lost the ability to import these resources causing the government to look elsewhere for these resources. This has been very costly for the U.S. causing distribution to occur from distant locations as well as more locations. Opening up trade with Cuba would allow for coffee, seafood, citrus fruits, nickel, tobacco and sugar cane to be imported from a closer location. Sugar cane and Nickel are the largest resources exported out of Cuba and are the main reason why we must lift the trade embargo and open up trade with Cuba.

In 2001, Cuba exported over $400 million dollars worth of sugar. If the United States became an importer for only twenty-five percent of the Cuban sugar cane exports, they could eliminate imports from over ten farther locations such as Sweden, Belgium, France, and Finland which cumulatively provide the United States with only two million dollars worth of sugar cane imports. Switching sugar cane imports to Cuba, would lower distribution costs, tariff costs, cross country trade costs, fuel costs, and carbon emissions by a significant amount. Along with lowering costs, trading with one country would speed up the time it takes to receive sugar imports. The location of Cuba is much more desirable than Turkey. Lowering costs, timeliness, and combining trade from ten or more countries into one, would lower the overall accumulation of our national debt while increasing the efficiency of United States imports. It is easy to see that Cuba is a viable source for sugar cane.

Cuba has always been known for their high quality level of tobacco products. It has long been believed that Cuba has the best tobacco products, specifically cigars in the world. The United States have not legally been able to partake in Cuba’s tobacco offering since the embargo in 1960; although Kennedy took twelve hundred Cuban cigars before creating the embargo. In 2006, The U.S. imported $714 million dollars worth of raw tobacco while Cuba exported $370 million dollars worth of raw tobacco. Cuba has the ability to export a large amount of tobacco to the United States and the embargo has stopped a large percentage of the tobacco trade. Many Americans including myself enjoy Cuban cigars but must find them illegally. There is a large demand for Cuban tobacco products, the United States could easily take advantage of the increases in capital which would result from trade. Opening up the tobacco trade would also allow the U.S. to consume higher quality tobacco rather than having to check for lead in Chinese tobacco. With Cuba exporting such a large amount of tobacco, like that of sugar, if the United States imported tobacco from Cuba, this would also eliminate the large amount of import locations. Lowering costs, timeliness by location, and combining tobacco trade from many countries into one, would lower the overall accumulation of our national debt while increasing the efficiency of United States imports.

After researching sugar and tobacco, imports and exports, I have found that lifting the trade embargo with Cuba would be very beneficial even if our focus was only on these two resources. Other exported resources from Cuba which may be beneficial include citrus fruits, coffee, fish, and nickel. Looking at fruit imports first, I found that from 2004 to 2006, the United States imported on average $600 million dollars worth of citrus fruits each year. Seventy-five percent of these fruit imports came from two countries; Mexico and Costa Rica. Costa Rica supplied the United States with an estimated $260 million dollars worth which is forty-three percent citrus imports. Mexico provided the United States with $190 million dollars worth which is thirty-two percent worth of the total U.S. citrus fruit imports. In 2001, Cuba exported $60 million dollars worth of fruit. The United States has not benefited from Cuba’s citrus exports at all during the last fifty years. In 2000 however, Cuba was able to benefit from U.S. food and medicine exports when Bush lightened up restrictions on food and medicine exports to the country which generated $1.2 billion dollars. This one small trade step brought over one billion dollars into our economy and yet we have continued to leave the trade embargo with Cuba. If the individuals in our government were made aware of this amount of funds, they would allow trade to commence. “Desperate times call for desperate measures,” and if the United States government would open their eyes and their minds, they may see the hidden potential right under their noses.

Coffee is another resource which is highly imported into the United States. Americans drink a large amount of coffee; in 2005, the United States imported $500 million dollars worth of coffee. This is the result of locations such as Starbucks appearing on every street corner around the country. Cuba exported only $10 million dollars worth of coffee, but Cuban coffee and espresso are considered delicacies and therefore are more of a desired rare product than a mass produced resource.

Seafood is one of the most popular food resources around the globe. In 2003, the United States of America imported an estimated $11 billion dollars worth of seafood. Seafood is a vital part of the U.S. economy. Whether individuals are located along the shores of United States or inland, seafood is one of the most popular food dishes in the country. Seafood encompasses more than just fish however, it includes mollusks and crustaceans. The most commonly consumed mollusks are clams, conchs, mussels, octopus, oysters, and squid. The most commonly consumed crustaceans are crab, lobster, and shrimp. Cuba exports a large variety of seafood and in 2002 they exported an estimated $100 million dollars worth of seafood. One of the biggest issues revolving around the seafood industry is one of freshness. If anything is more than a day or two old it is usually spoiled. If the United States were to lift the embargo, seafood could be imported from Cuba eliminating the need to import fish from some locations such as Thailand or Singapore, where freshness may be an issue in delivery. The availability of more tropical fish such as snapper, tuna, shark, grouper, and mackerel would increase just from switching countries. There are many benefits associated with opening up trade in the seafood market but nickel is a much larger export of Cuba.

Trade is a vital part of the economy here in the United States and finding cost reducing, more efficient solutions will be the key to growth in the future. Castro is no longer in power and we the United States can no longer try to control Cuba’s communistic government by limiting trade with them. Presently, Cuba poses the United States no threat which in the past was part of the reasoning for the embargo. Russia is no longer this incredibly unstable nuclear powerhouse trading with Cuba. We must let go of the past. As a country, we take a “control” mode where we believe that every country should be like us. This belief is one of utopianism and will never be truly existent, because each country has their own cultures and ways of going about things. We bombed Japan with nuclear warheads in the past and we now trade technology and many other resources with them. It has been 50 years since the embargo was created with Cuba, many of the reasons why the trade embargo came into existence also lie in the past. Barack Obama, the current president of the United States made it into office on one premise; that premise was one of change. If he truly wants to make changes towards a solution to an existing problem, he will open up trade with Cuba. As previously stated, opening up trade with Cuba would make our country’s efforts more efficient while reducing costs and creating capital. For change to occur, we must take the correct steps to lead our nation in a new direction. We are currently dealing with this large and long term health care issue and not focusing on anything in the present to help our current situation and economy. We are headed into an enormous amount of debt and opening trade with Cuba is a small step towards limiting our money consumption. Nickel, tobacco, seafood, and sugar are the four major resources which would be beneficial to the United States if trade was open. If we were able to successfully bring trade with Cuba back into reality, the possibility for saving hundreds of millions of dollars exists. Lifting the trade embargo will bring more working capital into the economy possibly helping to boost the financial markets. It will provide more resources such as fish, cigars, sugar cane, nickel, and fruit in a timely fashion, while also improving the efficiency of the distribution portion of the United States import and export supply chain system. If we, the United States, fail to open trade with Cuba, we will have missed an opportunity to take a step forward in improvement that has been placed right in our hands.

I have now been playing the xbox one for 1.5 years. My quick response is that my experience has been poor for many things on this console that worked well on the xbox 360. That being said, there are quite a few pros: graphically the XB1 does not disappoint. I picked up Bungie’s Destiny game recently and the graphics are absolutely incredible on this console. Gameplay is smooth and games play very well at 120 FPS. The issues I have found, stem from the function of the console itself.